Andrew (his full name is not being disclosed due to security considerations) arrived at March Air Reserve Base Aug. 30, 2020, and provided support for about the next month. He worked with service members from different states and career fields to help push back against encroaching flames. 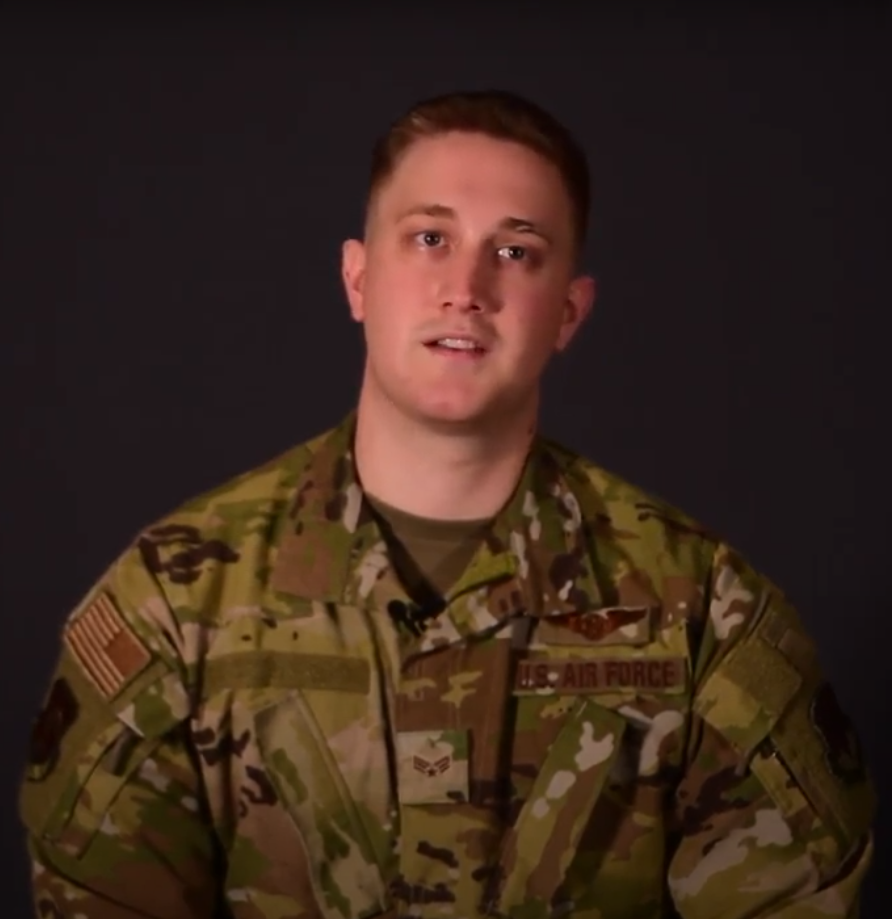 There were several days where ash from the El Dorado fire was falling on us and fire was visible on the nearby mountainsides.

“There were several days where ash from the El Dorado fire was falling on us and fire was visible on the nearby mountainsides,” Andrew said. “It was a very ominous feeling. From the air, once we were above the clouds and smoke, it looked like an orange blanket had been placed over California for miles. Using infrared technology, we could look through the smoke and see fires raging down below, which looked like huge chunks of land filled with lava. While I was there, we had over 28 active wildfires burning all across the state. With over 4 million acres currently burned, devastation would be an understatement.”

Service members worked together to save the lives and land affected by the furious fires.

During Andrew’s time in California, he saved 214 people who were surrounded by fire with no means of escape. He also saved a large group of firefighters unknowingly in the path of a rapidly expanding fire line and redirected them to a safe escape route. Additionally, he found a new wildfire moments after it began and provided support that led to a timely, 100% containment. His life-aving achievements highlight Ohio National Guard members’ dedication to readiness when their communities need them.

“You get an immense amount of pride being part of something like this,” Andrew said. “Seeing the extremely dangerous work the firefighters are doing on the ground, and getting to be a part of keeping them and the public safe, is truly an honor.”

Although the fires still smoldered after Andrew left, he made a lasting impact on the lives he saved and the service members he worked with.

“Leaving was bittersweet,” Andrew said. “I got to become part of the 163rd family, and we did some incredible things together. Leaving such an amazing mission that still wasn’t complete was difficult, but I know it was left in good hands. I was proud of the work I did, and left knowing that I made an impact.”